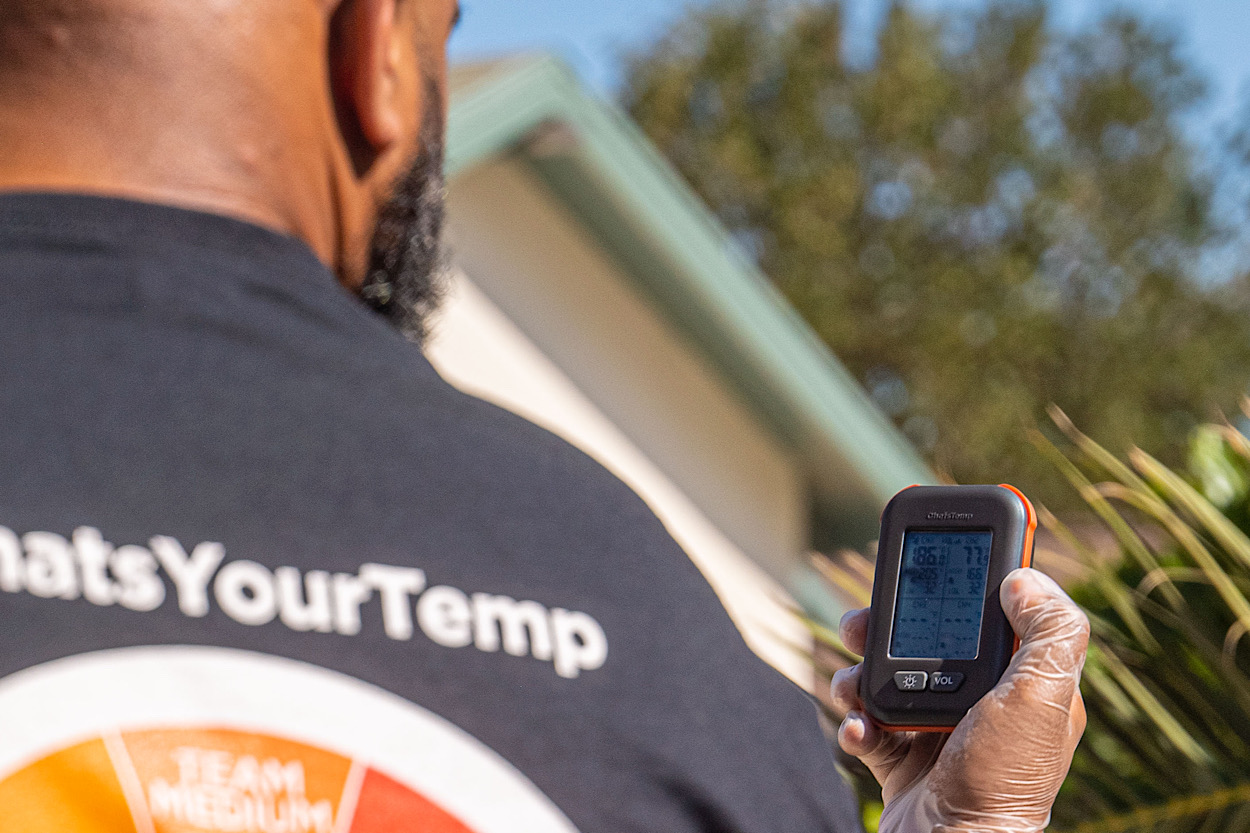 How To Get An Accurate Temperature Reading

Calibration of a thermometer means ‘fine-tuning’ it to maintain its accuracy and precision. It is a process that ensures the thermometer takes the correct readings. Read the manufacturer’s instructions about how to adjust your thermometer, as needed, to ensure you get an accurate reading. You can calibrate your thermometer in Ice Bath or Boiling Point of Water.

Placement is very important to get an accurate reading. Penetrate the food with the probe and place the very tip of the probe in the area where a temperature measurement is needed. When testing doneness in most foods, take readings at the very center of the thickest portion, this is because this will be coldest part of the food. For larger foods, take readings in several locations to verify the entire portion is done. Finally, make sure not to touch bone, fat or gristle.

How to Temp a Chicken Thigh

HOW TO USE FOOD THERMOMETER?

There are several steps you need to do to use a food thermometer correctly. First you need to make sure it is accurate to within two degrees, to do this you need to calibrate it. There are two ways to calibrate a food thermometer. The first is to calibrate using the ice water method. this is done by taking a drinking glass, filling it with ice, then adding water to the the ice, then you want to insert the temperature probe into the ice water and once it gets to 32⁰ you then press the set button on an instant read thermometer or turn the dial on a manual thermometer to 32⁰. The second method is the boiling water method, it is not the safest way to calibrate a thermometer but it will work. first put water in a pan, place the pan on the burner and bring the water to a boil, then place the sensor probe into the boiling water and press the set/calibrate button and it will set to the water temperature which should be 212⁰. if you are using a manual thermometer you would then turn the dail to 212⁰.

CAN A MEAT THERMOMETER BE WRONG?

The short answer is yes. Meat thermometers can get out of calibration when being used to take temperatures and then removed from one heat source and brought back into normal temperature if the temperature range is drastic. It is a good practice to calibrate your thermometer daily, it only takes a couple of minutes to do it using the ice method which is the safest way to do it, and this will give you accurate temperature readings. Calibrating the ChefsTemp Thermometers is an easy process, and can be done in a couple of minutes by filling a drinking glass with ice and water, then immersing the temperature probe into the water, wait for the thermometer to stabilize and then calibrate it to 32⁰F or 0⁰C.

HOW DO I KNOW IF MY FOOD THERMOMETER IS ACCURATE?

SHOULD A MEAT THERMOMETER START AT ZERO?

HOW DO YOU CALIBRATE A MEAT THERMOMETER WITHOUT ICE?

HOW OFTEN SHOULD A FOOD THERMOMETER BE CALIBRATED?

Food thermometers should be calibrated before each use. In a commercial setting this would be once each day at the start of the day, or recalibrating if you drop the thermometer. Most home cooks do not use the food thermometers daily, even though they should especially when cooking proteins, making bound salads, and other items that require cooking. Accurate cooking temperatures means safer food. No one wants to make someone sick because they didn’t safely cook the food and this applies to home cooking as well as grilling, barbecuing, smoking meats, or any other type of cooking such as baking and roasting. safe food makes for great gatherings. 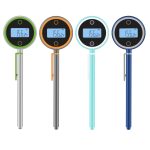 What is the Range of Accuracy for Measuring Food Temperature?

Food Temperature Monitoring: What is It and Why is It Important?